Fellows of the Centre of Excellence in Human Development are distinguished scientists and scholars who have historically contributed to the conceptualisation of the Centre and currently collaborate on strategic research and advocacy work associated with the research agenda of the Centre.

Honorary Associate Professor, University of KwaZulu-Natal
Prof Bhana has written extensively in the areas of mental health and on risks affecting youth. His current research is on the social ecology of well-being and resilience among adolescents; brief interventions for adolescent and adult alcohol abuse; family-based psychosocial programmes for HIV youth and public mental health and health promotion interventions. Prof Bhana obtained an MA degree in Psychology from the University of Durban-Westville (now University of KwaZulu-Natal) and holds a PhD in Clinical and Community Psychology at the University of Illinois, Urbana-Champaign in the United States.

Director, Centre for Liberation Studies, Durban
Dr Desmond holds a PhD in Development Studies from the London School of Economics. Previously, Chris was a Research Director at the Human and Social Development research programme at the HSRC. Prior to the HSRC, he was a research specialist at the FXB Center for Health and Human Rights at Harvard University. He has also worked for the Health Economics and HIV/AIDS Research Division (HEARD) at the University of KwaZulu-Natal. His areas of research interest include the implications of HIV and AIDS for children, economic evaluation of policy options and early childhood development.

Director of the Gender & Health Research Unit, Medical Research Council
Professor Jewkes is an NRF A-rated scientist, having trained as a medical doctor and is a specialising in Public Health Medicine. She has a Masters in Community Medicine and Doctorate of Medicine (MD) from the London School of Hygiene and Tropical Medicine, University of London. She has spent most of the last 20 years researching intersections of gender-based violence, particularly intimate partner violence and sexual violence (including child sexual abuse), and gender inequity and health in South Africa using methods drawn from epidemiology, anthropology and health systems research. 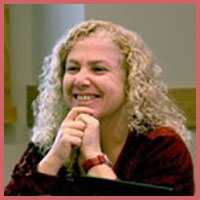 Professor in the School of Public Health, University of the Witwatersrand, and Senior Researcher in the MRC/Wits Rural Public Health and Health Transitions Research Unit (Agincourt)
Professor Kahn leads the Unit's work on Child and Adolescent Health and Development, as well as on mortality, particularly determination of cause-of-death based on a validated verbal autopsy instrument. She developed and leads an interdisciplinary PhD training programme in Public and Population Health. Prof Kahn is a Research Associate in the Population Centre, University of Colorado, Boulder, USA, and Guest Researcher in Epidemiology and Global Health, Umeå University, Sweden. She has been a Board member of the Soul City Institute for Health & Development Communication since 1998, and Deputy-Chair since 2005. 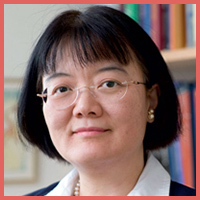 Assistant Professor, Harvard Medical School, USA
Professor Lu is an Assistant Professor of Medicine and an Assistant Professor of Global Health and Social Medicine at Harvard Medical School, USA. She studied International Relations (BA) and Political Science (MA) in China, and sociology (MA) and Applied Statistics (MSc) at Syracuse University, USA, where she also received her doctoral degree in economics. She joined the Department of Global Health and Social Medicine at Harvard University in 2007.   As a health economist, Prof Lu is currently engaged in five research areas: (1) tracking, measuring, and analysing national and global funding sources for health; (2) developing methodologies, measurements, and cost information-collecting technologies that facilitate comparative analysis for evaluation research; (3) evaluating the impact of global health aid on health system strengthening and population health outcomes in resource-poor settings; (4) evaluating the progress of universal health coverage; and (5) measuring the economic burden of diseases in developing countries.

Professor of Public Health and Medical Anthropology, University of the Witwatersrand
Professor Manderson is a medical anthropologist and was a professor from 1988 at the universities of Queensland, Melbourne and Monash in Australia, and an inaugural Federation Fellow. She joined Wits in 2014 as Professor of Public Health and Medical Anthropology. An NRF A-rated scholar, she is internationally known for her research on inequality, social exclusion and marginal, and the social determinants of infectious and chronic disease. At Wits, she is working on chronic disease and its management, and on medical interventions, technology, access and equity.

Research Fellow, University of Cape Town
Dr Morgan is a biologist and medical doctor with clinical experience mostly in psychiatry, and a PhD in engineering. He is a Research Fellow in the Global Risk Governance Programme at the University of Cape Town. For the last 10 years he has pursued research in the field of human social-cognitive-affective neuroscience.  His varied background allows him to apply a wide range of interests, ideas and techniques to complex brain, mind and behaviour questions. Most of his research is in the field of early childhood development, focused on the enduring impact of early social experience on brain structure and function in later life, a field often referred to as ‘biological embedding of early social adversity’.

Visiting Professor, MRC-Wits Developmental Pathways for Health Research Unit
Prof Orkin is a visiting professor in the MRC-Wits Developmental Pathways for Health Research Unit. His previous posts were Director-General of PALAMA (the public service college), CEO of the HSRC, Head of Statistics SA, Professor in the School of Governance at the University of the Witwatersrand, and Director of the social research NGO Community Agency for Social Enquiry (CASE). His research and consulting are in the statistical analysis of social surveys, public management indicators, and the measurement  of democratic governance. His degrees are from the University of the Witwatersrand (BSc Hons, PhD), Oxford (BA) and Sussex (MA).

Emeritus Professor, Faculty of Health Sciences, University of the Witwatersrand, and Visiting Professor at the MRC-Wits Developmental Pathways for Health Research Unit
Professor Pettifor is a specialist in paediatric medicine. He completed his PhD in medicine in 1981, having spent a year as a Clinical Research Fellow in paediatric bone diseases at the Shriners Hospital and McGill University in Montreal, Canada. He spent 20 years as Head of the Department of Paediatrics at Chris Hani Baragwanath Hospital, 25 years as Director of the Mineral Metabolism Research Unit at the SA Medical Research Council and 15 years as Director of the Birth to Twenty Plus Research Programme at the University of the Witwatersrand until his formal retirement in 2010. He is now Honorary Professorial Researcher in the Faculty of Health Sciences at Wits.

Helen Suzman Chair in Political Economics, University of the Witwatersrand
Prof Posel's areas of specialisation include marriage, migration, labour, household behaviour, subjective indicators of well-being, and household survey design and analysis. She has published widely on research relating to marriage; labour migration and remittance behaviour; changes in labour force participation and employment; the determinants of earnings; and poverty and subjective well-being. Prof Posel has been the recipient of numerous research awards and fellowships, including the Vice-Chancellors Research Award in 2005. She holds a PhD in Economics from the University of Massachusetts (Amherst). 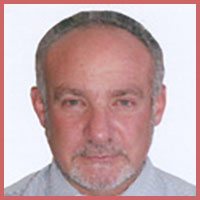 Director of MRC/Wits Rural Public Health and Health Transitions Research Unit (Agincourt), University of the Witwatersrand
Professor Tollman holds a Master's degree in Medicine from the University of the Witwatersrand, an MA from Oxford University, UK, and a Master's degree in Public Health from the Harvard School of Public Health, USA. Previous honorary positions have been as Research Associate at the University of Colorado, USA, and also as Guest Professor at the Centre for Global Health, and Professor at Umeå University, Sweden. From 2004 to 2010 he was a panel member of the Continuing Epidemiological Transition in sub-Saharan Africa, the Committee on Population of the National Academy of Sciences, USA, the Public Health and Tropical Medicine Interview Committee (PHATIC), the Wellcome Trust, and MRC Global Health Group (UK).

Professor in the Department of Psychology, Stellenbosch University
Prof Tomlinson’s scholarly work has involved a diverse range of topics that have in common an interest in factors that contribute to infant and child development in contexts of high adversity and how best to prevent compromised development in these contexts. He has completed five randomised controlled trials aimed at improving the quality of the mother-infant relationship, reducing alcohol use, reducing HIV/TB, improving maternal mental state and improving the nutritional status of women, and preventing mother to child transmission of HIV and reducing neonatal death. Recently, Prof Tomlinson has begun to focus on the health system challenges of scaling up services for infants and children. He is the lead editor of Child and Adolescent Development: An Expanded Focus for Public Health in Africa (2018, University of Cape Town). Prof Tomlinson obtained his PhD from the University of Reading in the United Kingdom.

Dean of Commerce, Law and Management, University of the Witwatersrand
Professor Valodia has a doctorate in Economics from the University of KwaZulu-Natal. His research interests include employment, the informal economy, gender, and industrialisation. He has published in leading international journals and is one of only a handful of South African economists with an NRF B-rating. He serves on a number of economic policy forums and has worked with leading international development organisations, including the United Nations Research Institute for Social Development, the United Nations Development Programme, UN Women, the World Bank, and Women in Informal Employment: Globalising and Organising, among others. Prof Valodia is a part-time member of the Competition Tribunal and a Commissioner on the Employment Conditions Commission.